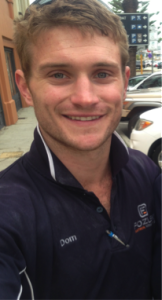 Dom founded Fozlek Electrical in 2010, with the view of providing a superior service to his clients. He completed a Bachelor of Health Science at UWA and started working in OH&S after he graduated. He quickly realised, however, that his true passion lied in being hands on in the field, which led him to begin his electrical apprenticeship. He hasn’t looked back since, earning his Contractor’s licence and founding Fozlek Electrical, which has given him the opportunity to work with and learn from some of the biggest and most talented names in the industry.

Dom enjoys playing waterpolo and football in his spare time, and taking his dog, Charlie, for walks in the park. 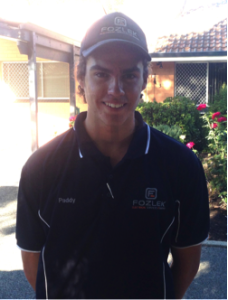 Paddy is an extremely skilled apprentice, who has gone from strength to strength since starting with Fozlek Electrical in 2014. Paddy takes great pride in delivering high-quality work on every job. In his spare time, Paddy enjoys listening to music, surfing and fishing.

Clancy completed his apprenticeship with Fozlek Electrical in 2014. His professional approach and friendly demeanour make him an excellent tradesman. In his spare time, Clancy sings in a band and enjoys going on surfing trips.

Leo has a background in management and agriculture, and has run his own business for over 20 years. He saw potential in his son Dom’s ability and passion for his vocation, and has enjoyed working as a mentor and co-director since Fozlek’s inception. In his spare time, Leo likes going to the movies with his wife, Dot, and spending time with their children and grandchildren.

Alex has been a co-director since Fozlek was founded in 2010, and offers invaluable managerial and supervisory support and guidance. Alex has lived and worked all over the world, and brings a fresh new perspective to the company. In his spare time, Alex enjoys cooking and deep-sea diving.